Do you guys see this? This is the new 2018 Mustang GT.  We’re watching evolution before our eyes!  I know that a lot of classic Mustang lovers are appalled at the sight of it, but boy does it have a case for itself.

I’ll tell you what, I d like this car.  I think this is the start of something very special.  No, it doesn’t look like a muscle car; It doesn’t looks completely unstable, its got a clever suspension system that aren’t just metal leaves anymore, its got wavy lines, its got a 10 speed transmission, the list goes on and on.  Let’s see what we can find out: 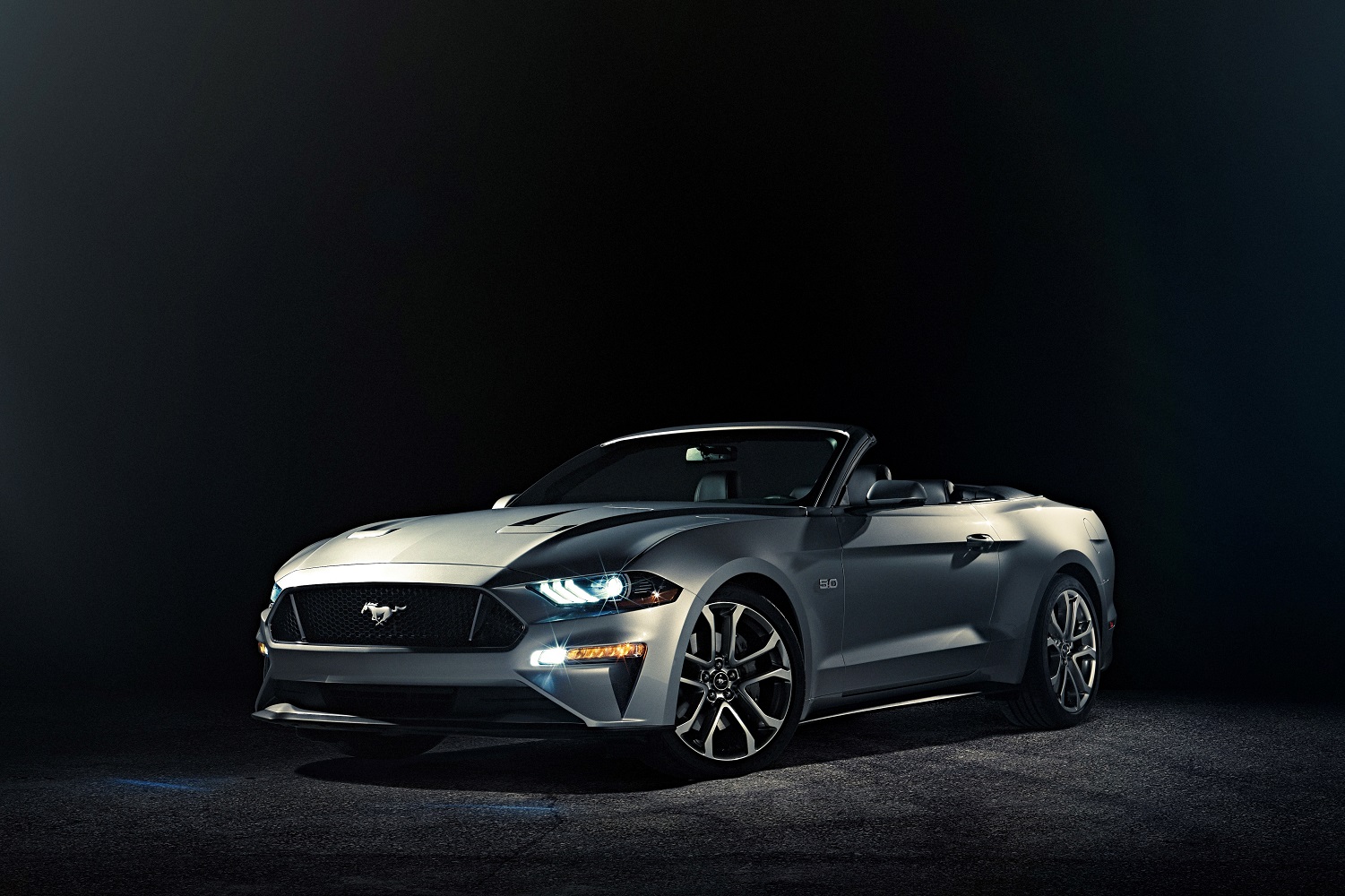 There is a lot going on here to talk about.  You can see the previous generation Mustang underneath this sort of mask for 2018.  It is easy to see why die-hard muscle car lovers don’t like the way it looks.  The 2018 Mustang GT doesn’t really resemble an original Mustang muscle car.  Look at those veins in the hood.  Look at the low profile of the body; The low center of gravity.  The 2018 Mustang GT looks like a proper sports car now.  A different breed than even the 2010 Mustang, which was a proper muscle car.  I think this is purposely done (would be embarrassing if it wasn’t) to take the Mustang into a new category of car, the sports car.  The GT350 was a proper track shredder (and still is).

It seems that the Chevrolet Camaro is taking this route transitioning from a muscle car to a sports car as well.  Just look at the new ZL1 1LE. The new fascia asserts this new DNA with a much more aerodynamic over all look.  The previous generation Mustang took some heat from consumers when it came out, but eventually it grew on the masses.  I can see this being a similar story.

I think the rear is fantastic.  The diffuser is aggressive and big, quad exhaust tips win my heart every time, the re-shaped tail lights give a stretched effect making the car appear wider (love it) and the wing looks at home.  Intimidating and crowd hungry.

Much of the muscle car DNA lives on in here.  Alive in that big, round shifter and the minimalistic nature of the cabin.  The instruments are digital, but in an easy to read and classic way.  Plus, you get some of the coolest fighter-jet-like switches below the air conditioning controls.  There are three new colors for the exterior, including the launch color called Orange Fury, Royal Crimson and Kona Blue.

This car will feature the classic two plus two seating you see in other sports coupes.  But don’t expect to get an average size adult in the bask seat comfortably for very long.  The back seats are a better fit for athletic children.

I want to make point here.  I believe that Ford is taking the Mustang away from the muscle car silhouette.  Take a moment and think about the extreme versions of the last generation.  There was the GT350 and Roush variants that just aren’t muscle cars.  Compare that to the Hellcat that Dodge made, now.  Quite different right?  The GT350 and Roush Mustangs are more track weapons than drag strip monsters.  I believe that Ford is creating their next full production sports car.  If Ford wanted the Mustang to be a muscle car through and through, they would drop a supercharged 5.0L V8 in there, restyle to look bulky and heavy, rip out 800,000 HP out of it and include nine sets of tires with your purchase. But they didn’t, because Ford wants a track toy and fun sports coupe/roadster.  There’s my two cents.

You get a 6-speed manual transmission standard on the 2018 Mustang GT, and that is awesome.  Optionally, there is a 10-speed automatic transmission which sounds significantly less awesome.  The 2018 Mustang GT also gets an exhaust valve to really open up the sounds of the incredible 5.0L V8.  On top of that, there are no more V6 options available.  Instead, the base engine is a 2.3L EcoBoost four cylinder.  Because we all know how much Ford loves their EcoBoost.  The 5.0L in the 2018 Mustang GT produces 455 HP, while the 2.3L EcoBoost notches out 310 HP, which is pretty impressive.

We’re looking at promising 0-60 times for the new Mustang, the four cylinder should be able to bang out a strong sub-five second time; If not low five seconds.  The 5.0L V8 should fair nicely under five seconds as well.

I’m excited to see this 2018 Mustang GT.  I actually saw one on the road the other day, and boy did it get my attention.  At first glance you think it’s a 2017, but then you look back and the body is just so much different.  It holds a different, more focused presence on the road as well.

I do hope that you’re excited for this 2018 Mustang GT, because it seems to be paving the way for a serious sports car in the future.  If you want the Mustang to remain a Muscle car, I’m afraid things don’t look too good.  This car and the Camaro seem to be reforming into track weapons.  However there is hope in the Hellcat, but muscle car lovers wouldn’t dare trade their beloved model for another.  It’s a muscle car thing, you wouldn’t understand.