Have you ever tried to define what a super car is?  It is actually a much harder task to do than you might initially think.

It is a grey line where the two are separated, and it is a similarly debatable topic about what makes a normal car into a super car.

In short English, what changes a car from a normal car into some other special designation is up for debate.  You could argue that cost, exclusivity, collect-ability, performance, driving experience or more could separate all of them, but style could come into play as well.

When some one says super car, you would naturally imagine a mid-engine, super low and loud car right?  That’s what I think of as well.

But there are a lot of exceptions to that rule, like the Ferrari 599 GTO, Ferrari F12 / F12 TdF, Ferrari 812 Superfast, you get the picture.

So it apparently isn’t just a styling distinction.  Since both grand tourer’s and mid engine silhouettes are included in the definition of a super car.

Super cars are not the pinnacle of a car, either.  That would be too easy.  Now there are hyper cars and “mega cars” that hold that distinction.  Their definitions are even more debatable than what makes a super car a super car.

So super cars. The grey area of the auto industry has dawned a lot of impostors and manufactures saying they have a super car when they truthfully don’t.

Some that pop straight into mind, is the Corvette (Z06 specifically) and the Nissan GTR.

It is hairy, since both cars have the super car walk, but they’re both not historically in this category which is why there is so much friction. 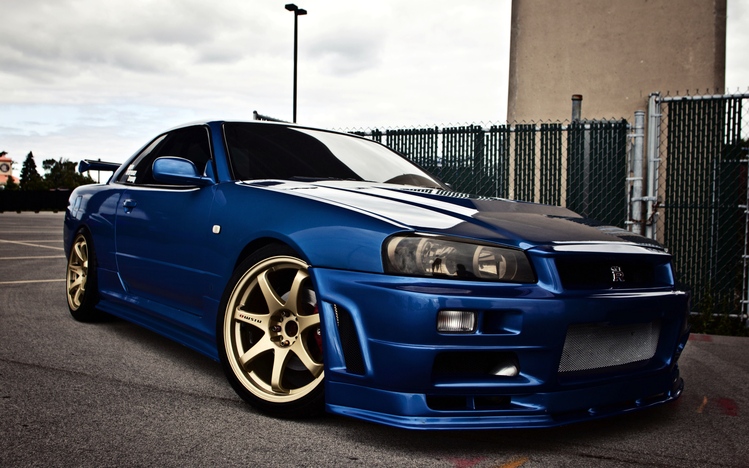 The Nissan GTR has been called a super car since the car made it here in the United States in 2012.

Before that, it was essentially a sports coupe from Japan that had every Need for Speed and Fast / Furious fan foaming at the mouth.  Personally, I completely understand the devotion to the car because it is just awesome.  I’m talking about the R34.

The newer GTR we’ve been graced with took me a while to really accept.  I’ll be honest.

The R35 we have now never really connected with me, since it seemed like everyone was drooling over them.  I’ll admit that part of my resentment to the car stemmed from the fact that it beat my favorite Ferrari’s in performance, which as an Italian I can’t accept.

But besides the fanboys and the tasteless mods the GTR gets, and besides the 1,000’s of YouTubers who pick up a GTR for God knows what reason, I can’t deny the Nissan GTR is a fantastic machine.

The body and general mechanics of the GTR hasn’t really changed since its release in 2012.  You get a monster of a hand made 3.5 L V6 twin turbo that propels the unlikely beast from 0-60 in as little as 2.7 seconds in the NISMO edition.

Fanboys and enthusiasts alike are looking forward to the day when the new GTR comes out.  The extend of what we’ve gotten has been refreshments and body kits, so with the 2018 Nissan GTR be the answer?

Nissan is a very interesting company when it comes to the kinds of cars they make.

Usually when someone says Nissan, you don’t think of speed or anything that pushes the boundaries of the extreme.  The usual Nissan is just a plain econobox, like the Sentra, Altima and all of their SUV’s.

What makes Nissan the weirdest car company out there is the fact that they make such boring cars but also make the most exciting cars.  That doesn’t make any sense, but that is exactly what they do.

Recently, I had the pleasure of driving the Nissan 370Z NISMO edition.  Growing up playing Need for Speed and Midnight Club, I was super excited to give my try at the nostalgic car.

The car looked great, felt great and even sounded great.

I drove the 2016 Nissan 370 Z and had an absolute blast.  I do think that it could benefit from a dual clutch transmission for shifting speed sake, but honestly the car was an absolute thrill to be in.

The car was great to be in.  It was focused and was very communicative to drive.  Plus, it looks great!

As for the Nissan GTR, there are a lot of the same characteristics.  The Nissan 370Z is essentially the baby brother to the GTR.

The front end of the 2018 Nissan GTR is much like what we’ve from the past few years, only with some mild updates.

For example, the new GTR sprouted some muscles around the hood and has a bit of an extension around the front wheel arches.

Over the years the GTR has toned itself a bit and trimmed some of its fat, if it had any to start.

The side is largely unchanged from the past few years it seems, but the rear end does get some love this time around. There is an added bit of aerodynamics and heat ducts toward the bottom and on the hood of the car as well.

There have been rumors that the new GTR would be completely overhauled for the 2018 model year, but the extent of the overhaul will probably leave you a bit disappointed.

all of the Google search images of the 2018 GTR reveal a crazy looking super car with a mid engine and insane aero.  I do like the look of it, but it is very unlikely to be real.

Reason being that Nissan’s GTR has grown since the original from the 70’s and the first generation of the modern body style in the early 90’s.  However, it has retained the same general formula.

A front engine car with rear wheel or all wheel drive made for spirited driving, but livability.

The renders of the apparent 2018 Nissan GTR are completely diverted away from the formula we see and have seen for decades.  I do find it almost impossible to believe they’ll change the car that much.

Regardless of what it looks like, I’m sure Nissan will do it’s work.

A dominate complaint of most Nissan cars out there today and for years and years back, is that their interiors are just plain.

I have to agree, since every Nissan I’ve ever been was just a dark, uninviting and dull place to be.  Nothing special to report at all.

As for those two exceptions to the Nissan rule I stated before (370Z and GTR), the interior thing remains the same.  Very drab and plain.

But, in those two performance vehicles the plain interiors make a lot more sense.

The two cars are focused on thing and one thing only, the driving experience.  In that case it makes sense that the interiors are not fancy and dotted with hand stitched leather. It would take away from the purpose of the car.

While you do obviously spend most of your time inside the car and it should be pretty, that rule is different for driver’s cars.

The inside of a performance car like the 370Z and GTR are made to help aid the experience, like giant tachometers, performance steering wheels, telemetry and more.

It is clear that the 370Z NISMO is the baby brother to the GTR, as they have similar elements of driver aids, but the GTR takes it to the next level.

Inside the GTR, you don’t get anything remotely beautiful at all.  However, the driver aids are amazing.

You get a lateral G meter, massive tachometer, lap timer, boost gauge and like six other aids that I have no idea what they mean.

That’s the point of it.  To help you know what the car is doing at all times.  In this kind of world, the car is an extension of the driver.  So that means knowing how the car is reacting and when it is reacting is a beautiful thing.

The rest of the interior is very straight forward.  The gear selector is classic looking, the air vent are there for the function of being air vents, and that’s pretty much it.

Another interesting part about the inside of the 2018 Nissan GTR is that you can actually fit people in the back seat.  If you don’t know GTR’s, yes they have a back seat.

I’ve seen a lot of GTR owners carry their kids around in the back seat of the GTR and it is just nothing short of impressive.  I have heard that they are a bit cramped, but usable.

Overall, the interior is just a focused weapon.  Whether you get the car in the insane NISMO spec or not, you get an interior made for the driver and the driver only.  Just as it should  be in a car like this.

The GTR has been a no-nonsense performer since it was created.  That goes without saying.

The insane 3.5 L V6 engine with two massive turbochargers produces upwards of 600 HP from the factory and can propel Godzilla from 0-60 in as little as 2.7 seconds with the NISMO package.

All wheel drive also helps keep things in check and aids in the launch of the new GTR.

We can expect the new 2018 Nissan GTR to have similar figures, unless they really do convert it into some sort of crazy machine.

Another point I want to make is off of one of the top dogs at Nissan.  Apparently, Nissan is playing with the idea of future GTR models having an autopilot setting for the track.

This new autopilot setting would allow the GTR to take you around the track as fast as it could, while you wouldn’t have to touch the wheel.  Nissan thinks this is really cool, and the rest of us think it is dumb.

What is the point of a drivers car, a track focused car at that, if it’s just going to drive you around?  People buy cars like the GTR to DRIVE them, not the other way around.

If Nissan adds that feature in, it will be nothing more than a sales gimmick.  I can’t honestly see anyone really using it.

Anyway, the car will perform as it always has: amazing.  I’m not sure at all how Nissan, the company that makes the Sentra and Altima, makes the GTR and NISMO editions.

With insane performance continuing for the GTR, the new 2018 version should be just the same.  I don’t anticipate anything really radical in terms of changes for the new car, though.

Those changes will most likely come in 2019 or 2020.  The new 2018 Nissan GTR will still be able to slaughter anything in its path and be slightly comfortable the whole way.

I just hope that youtuber’s and younger people realize that everyone who can get a GTR, gets one.  Be different!